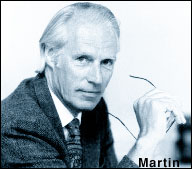 LONDON – Beatles producer Sir George Martin has put up for auction a piece of the band's "Yesterday" to help a Caribbean island where the Œfab four¹ used to make music.

The producer launched the auction of 500 lithographs – which will take place world-wide across a series of linked internet sites – at the HMV record shop in London on Thursday. He is aiming to raise 720,000 pounds for the British colony of the Caribbean island, Montserrat.

Sir George told BBC Breakfast News on Thursday: "Montserrat was devastated by the volcano – the southern two-thirds is gone for most of our lifetime, but the northern part is still beautiful and the islanders are trying to rebuild their community up there.

Once a Mecca for music superstars, Montserrat had its economy and infrastructure shattered by a volcanic eruption six years ago.

The 1995 eruption destroyed the capital, Plymouth, and residents have abandoned the southern end of the 39-square-mile island about 25 miles southwest of Antigua.

More than half of Montserrat's 11,000 residents left for neighbouring countries, Britain or the United States. Its current population of about 5,000 depends on government jobs, small-scale agriculture or the tiny private sector.

Martin will use the money to build an entertainment and community centre on the northern part of the island.

The auction is taking place 36 years to the day after the song was recorded at Abbey Road studios. Yesterday is the most-performed and most-covered song in history.

"This is not a charity that is helping depressed people," Martin said. "They are determined to make it work. And we are going to help them."
Martin first visited the eastern Caribbean island 30 years ago while looking for a quiet place to set up a studio. "It was wonderful to work there," Martin said. "I took Paul, Linda and the kids, and Stevie Wonder came." "Nobody took any notice of Paul," he said laughing, adding that Stevie Wonder caused a sensation among the islanders.

McCartney signed the first lithograph: "Congratulations you're No. 1." They will all be auctioned online through Yahoo!'s UK and American Web sites.