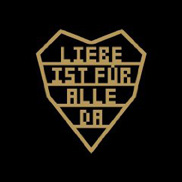 BERLIN, Germany (VIP NEWS) — Rammstein's new album has been banned from shop shelves in their native Germany because its cover artwork depicts scenes of sadism.


Officials have ordered all copies of Liebe Ist Fur Alle Da (Love Is For All) to be pulled from displays and said it must not be sold to anyone under 18.


It will now only be made available for purchase behind the counter.


The album, released last month, is the hard rock band's seventh number one in their home country.


The ban will come into effect from 11 November.


The German Federal Office for the Examination of Media Harmful to Young People also criticized the track Ich tue Dir Weh (I Want to Hurt You), which includes such lines as "Bites, kicks, heavy blows, nails, pincers, blunt saws – tell me what you want".


And it condemned artwork showing guitarist Richard Kruspe with a masked, naked woman on his lap.


Since launching in Berlin in 1995, Rammstein have courted controversy with their lyrics, which touch on such subjects as sadomasochism, incest, abuse, pyromania, cannibalism and sexual violence.


The band have not commented on the ban. A message on their official website simply states: "Rammstein's new album will be sold only still available until tomorrow evening in the original version.


"From then on, Love will only be available at selected retailers on request." –According to BBC