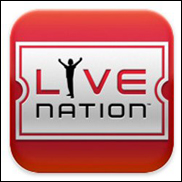 LOS ANGELES (CelebrityAccess MediaWire) — Live Nation Entertainment continues their effort to expand into Asia with new joint venture with Lushington Entertainments to promote concerts in two of the region's best established markets in the region — Hong Kong and Singapore.

The joint venture will be helmed by Lushington's current head, Michael Roche with their first event already in the works, a show by Linkin Park on August 15 in Hong Kong.

Lushington Entertainments, owned by Singaporean billionaire Ong Beng Seng and led by Michael Roche, has been a player in Asian entertainment since the company launched in 1990 to promote Eric Clapton's first Asian tour. To date it has sold in excess of 1,150,000 tickets and seen a turnover of more than US$72 million.

In 2008, Lushington motor company Komodo to produce the first Formula 1 Singapore Grand Prix, which moved about 300,000 tickets, completely selling out the three day-race that also featured 40 live acts doing 80 performances at the event across 10 separate stages.

Live Nation has collaborated with Lushington in the past; including promoting shows by Sting, Rosette and K-pop group Big Bang to numerous markets in the region.

Michael Rapino, Live Nation CEO and President said: "Live Nation continues to enhance and expand our global footprint. Our new joint venture with Lushington will increase our presence in Asia and enable us to bring more live entertainment to more fans in Hong Kong, Singapore and throughout the region."

Michael Roche, Managing Director, Lushington Entertainments said: "After 23 years of promoting in the region, we found a great partner in Live Nation. We share a common vision and work style centered on hard work, integrity and dedication to bring the very best international and emerging stars to Hong Kong and Singapore." – CelebrityAccess Staff Writers