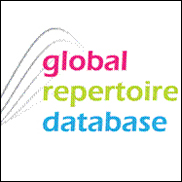 LONDON (Hypebot) – The Global Repertoire Database (GRD) — a cross-industry initiative to deliver a global one-stop-shop for the cataloging of music ownership rights — is to set-up its international headquarters in London with its operations center based in Berlin, the organization has confirmed.

The London office is scheduled to open later this year and will house corporate functions and business development capabilities. The Berlin operations center will provide registrations and data processing facilities.

The formation of a Global Repertoire Database is designed to remove the sizable costs currently lost to duplication in data processing. And it should also provide, for the first time, a “single, comprehensive and authoritative representation of the authorship and control of music works worldwide.” Among its potential benefits is the creation of a more effective global infrastructure for music rights management, allowing for greater efficiency in licensing digital and other music services. The GRD also aims to reduce data management costs and working capital costs for creators and rights-holders.


“The Global Repertoire Database is necessary for the effective functioning of the rights licensing, management and royalty payment systems of musical works in the 21st century,” said Kenth Muldin, chair of CISAC, the International Confederation of Societies of Authors and Composers, in a statement.


“A single, authoritative global view of music ownership in real time will mean that anyone wanting to set up a music service can do so more quickly – and that means more legal choice for music fans and consumers, and a more efficient way of identifying who should be paid royalties for the use of their music,” Muldin went on to say.


Jez Bell, CEO of music streaming service Rara.com added: “We believe this development is a major step forward for those of us who license music rights as part of our core businesses.”


Bell, who is one of the three licensee representatives on the GRD Working Group alongside Google and Apple, continued: “Whilst we can’t expect the GRD to solve all of the licensing challenges that digital presents us with, a single database with global visibility of musical works ownership certainly gets us closer to a more user-friendly system and demonstrates very positively that the whole industry can work well together.”


Following today’s confirmation of GRD’s bases in London and Berlin, work commences on the next stage of the project’s roll-out — building the technical systems and processes which will enable the building of a new database to interact with existing licensing and payment systems. — According to Billboard