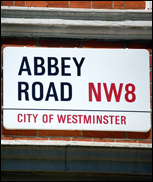 LONDON (Hypebot) – An expanded move by EMI into live concert recordings offers a glimpse both at a much needed revenue stream for record labels and an additional income source for many artists.

Abbey Road Live, EMI's new live music audio and video recording and instant production service, will allow fans to purchase high quality live recordings of shows they've just attended. Mixed and mastered on site, the recordings will be made available in a range of formats including CD, DVD and USB or via secure digital delivery to home computers or mobile as streams or downloads.

High quality authorized downloads of live shows have already been a source of income for Peal Jam, The Dave Mathews Band, Government Mule, Phish and others for years. Some bands continue to earn significant revenue while still allowing fans to tape live performances and trade them online.

Abbey Road Live is headquartered at the EMI owned Abbey Road Studios in the UK. Launching initially in North America and Europe, Abbey Road Live expands upon the success of Live Here Now which was established in 2004 by EMI's Mute Records. Live Here Now has produced and sold instant live recordings for artists such as Blur, Depeche Mode, Franz Ferdinand, The Pixies, and The Birmingham Symphony Orchestra, among others.

The Abbey Road Live Team
(from the press release)

Simon Miller, EMI Music’s Senior Vice President of New Product Development and Live, who brings a background in both the creative and business sides of established and entrepreneurial digital media enterprises to lead Abbey Road Live. Prior to joining EMI in May 2009, Miller was involved in the launch of several start ups, including European online music company Peoplesound.com and swopex.com, the UK’s largest legal media swapping community. He also worked at Universal Music Group in business development. Miller was also involved in numerous feature and television films as writer and director.

Will Shapland, an experienced recording engineer and producer, will consult for Abbey Road Live in London. Shapland has been involved in live, multi-track concert recordings for artists including David Bowie, Coldplay, Depeche Mode, Robbie Williams, U2, Oasis, The Rolling Stones, The Who, Stevie Wonder, The Three Tenors, Sex Pistols and Live Aid, among others. He was chief engineer for Manor Mobiles, a unit of Virgin and EMI, before selling the business and launching Will Shapland Mobiles, based in Oxfordshire, England.

David “Noggin” Rowntree, head of operations for Abbey Road Live in the UK and Rest of World. He was part of the original Live Here Now team that produced live recordings throughout Europe, the Middle East and the UK and for artists such as Blur, The Pixies, Depeche Mode, Erasure, Moby, Graham Coxon, The Brand New Heavies, Throbbing Gristle and Nick Cave and The Bad Seeds.

Marcus “MJ” Salisbury is head of production for Abbey Road Live, based in London. He was part of the Live Here Now launch team and has been with Mute Records for 15 years, working in a variety of A&R and recording production roles. Salisbury has worked closely on records from Mute artists such as Depeche Mode, Goldfrapp, Moby, Erasure and Nick Cave and The Bad Seeds among others, and has worked with some of the industry’s most talented producers including Flood, Ben Hillier, Gareth Jones and Steve Albini.


Veteran live music producer and DiscLive founder Zach Bair will consult full time for Abbey Road Live’s operations in North America and Latin America. He is a musician and producer who has launched and run several music-related software, live recording and on-site duplication companies, including PowerUp, Immediatek, DiscLive and RockHouse Live Media Productions. He has worked on live productions with such artists as The Pixies, Melissa Ethridge, JC Chasez, Billy Idol, Kenny Loggins and Sum 41, and has produced live recordings in partnership with several Billboard conferences, including the Billboard Latin Awards in 2009.