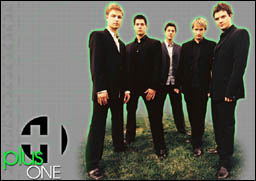 Sales of contemporary Christian and gospel music rose 18 percent over the first half of 2002, marking six straight quarters of growth, according to the Christian Music Trade Association (CMTA) today.

According to SoundScan, contemporary Christian and gospel music album units sold from January 1 to June 30, 2002 were 23,445,000 compared to 19,830,000 for the same period in 2001. The overall music industry is reporting a nine-percent decline at this point in 2002, with Christian and country being the only two genres that have experienced any growth this year.

"The Christian and gospel music industry's success so far this year is extraordinary in light of a soft economy and disappointing results in the overall music industry," said Frank Breeden, president of CMTA. "It is especially gratifying to see our sales spread among a wide diversity of albums and styles of music. Both established and new artists are benefiting from the current growth."

Marketing initiatives by the National Association of Record Merchandisers (NARM) and individual retailers are contributing to the mainstream sales growth. Target Stores, in particular, stepped up its emphasis on Christian music sales in the past year with a nationwide gospel and contemporary Christian music roll out, which sets all of its Christian music titles apart from the mega-chain's otherwise alphabetized multi-genre music product. In the past few years, Wal-Mart, the nation's largest retailer, increased its availability and visibility of Christian music as well.

"Perhaps more than ever, mainstream retailers and marketers are recognizing that the Christian music buyer is an attractive target for the goods and services they offer, beyond the sales of music," said Breeden. "Additionally, we've seen an increase in the number of major companies establishing relationships with Christian artists, providing even greater visibility for Christian music beyond the Christian retail market."

Radio Disney is one such company, which has embraced young artists like Plus One and Jump5 on its growing radio network, which boasts stations in 48 markets and online at radiodisney.com. Strong airplay for these artists has resulted in other Disney opportunities and promotions, including Jump5's involvement in the upcoming re-release of "Beauty and the Beast."

"Radio Disney was established to provide wholesome, relevant, entertainment for all kids and families. In this day and age that can be a challenge, but Plus One and Jump5 provide great music the kids like and the quality profile parents told us they need. All in all, it's a perfect fit!" said Robin Jones, senior director of operations for Radio Disney.

According to Breeden, the strength of the Christian music market can be attributed to sales increases throughout the chart, not just big sales by the top two selling records, "O Brother" and "Satellite". Each of this year's top ten albums have sold more than 200,000 units during 2002 compared to last year's top ten list which had only five albums selling more than 200,000 during that time period. Additionally, sales of the top 100 albums have increased by 32 percent from 2001 to 2002.

"The faith behind our music clearly distinguishes our genre. Today, that means more than ever as demonstrated, not only by our success, but the success in general of faith-based entertainment. We think this is a trend that is not going to go away," Breeden said.