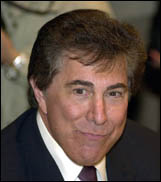 LAS VEGAS (CelebrityAccess MediaWire) — After Garth Brooks announced he was coming out of retirement for a 5-year Las Vegas residency at Steve Wynn's Encore Theatre, tickets, priced to move at $125, quickly sold out.

Much to the chagrin of Steve Wynn however, tickets to the shows soon started cropping up on places such as online auction website eBay, listed for hundreds of dollars more than the face value of the ticket. This prompted Wynn to take action and he implemented what proved to be a controversial plan to prevent speculators from pricing tickets out of reach of Garth's fans.

The plan included a number of measures, including the unusual step of requiring ticket purchasers to provide a list of names for each person attending the show and also requiring photo ID at the time of purchase and at the point of entry into the theatre. Because the policy was implemented after ticket sales had started, numerous ticket purchasers were contacted by the resort to obtain a list of attendees with a deadline that if not met, would lead to the cancelation of their tickets.

The plan also drew an immediate reaction from the National Association of Ticket Brokers, who released a statement taking issue with Wynn's policy.

"Fans hire brokers to help them find the tickets they want, for the price they can pay, or to resell the tickets they can’t use. Wynn has no right to tell these fans 'hey, tough luck – unless you bought them at our box office within two hours of going on sale then you can’t go to the show.

"Fans should have the right to buy and sell the tickets they want without having to RSVP their guests or risk cancellation based on new, arbitrary rules. They’re changing the rules in the middle of the game, and it’s only going to hurt the fans who can’t find tickets, or are stuck with ones they can’t use." Gary Adler, General Counsel to NATB wrote in the statement.

The NATB also went a step further, stating their intention to find different venue for their annual convention and trade show, which had been previously held Wynn Resort and Casino.

"NATB brings hundreds of brokers each year to the Wynn at our annual ticket broker conference, but now they’ve lost our business. These actions are hypocritical and disrespectful to the very industry that supports their acts and their customers." Adler wrote in the NATB statement.

Wynn responded: "They say they are representing the fans? Well, Garth Brooks and I don’t think so. I wonder if he (Adler) believes he’s helping the fans when he’s talking to himself in the mirror. Scalpers were selling tickets online for $700 the day of sale. Garth wants to protect his fans, and I’m with him. We don’t want them exploited. The price is $125, and nobody but us and Garth Brooks are going to make money." – CelebrityAccess Staff Writers