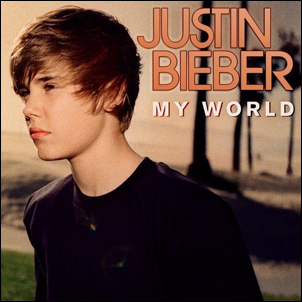 NEW YORK (Hypebot) –
GUEST POST: Jay Frank is the author of Futurehit.DNA and SVP Music Strategy of CMT. You can download a free chapter of his great book on his blog FuturehitDNA.com and Hypebot's Kyle Bylin interviewed him earlier this year. In this guest post, Frank looks at the factors behind the meteoric success of teen idol Justin Bieber using the FuturehitDNA methodology.

Justin Bieber mania has arrived. With the release of his new album, My World 2.0, and a sure thing #1 debut, many people are wondering how it happened. Teen phenomenons can certainly happen fast, but rarely without the help of a Disney show in recent years. By my rough calculations, after the first week sales of his new album are accounted for, Justin will have grossed approximately $15 million in total recorded music sales, not including ringtones, streaming revenue, T-shirts or posters in less than 9 months. And that’s just in the United States. For a music business in “trouble” and an artist aimed clearly at teenagers and below, this is a success, especially because the train is really just leaving the station.

So the question is, how did this become so successful so quickly? There’s been plenty of other artists who have been released in the same timeframe that can’t count this level of success in this short of a period. What made it work? There are a lot of specific elements in each song which I’ll detail shortly, but readers of Futurehit.DNA know the answer lies in Chapter 7 of the book.

Look at this time frame of songs being released: