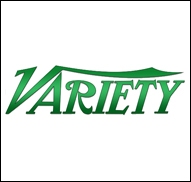 While the final price of the deal was not disclosed, the Hollywood Reporter said that the estimated value of the transaction was $25 million, approximately half of what seller Reed Business Information had been looking for.

Variety has been on the block since March and since then, seller Reed Business Information has entertained bids from a number of suitors, including supermarket billionaire Ron Burkle and the New York hedge fund Avenue Capital. None of these deals materialized however, with bidders backing away after taking a closer look at Variety's financials. By some estimates, the trade has been losing as much as $10 million a year, according to Reuters.

PMC has been mum on what their long-term plans for Variety are but they seem officially optimistic. In a post on the Deadline Hollywood website, also owned by PMC, Mike Fleming, a former Variety reporter, said he would be surprised to see Variety continue in its current form, or behind the paywall that it implemented on its content in 2009.

"I’m sure there will be a significant readjustment period for everyone as Variety is redefined, and some of that will undoubtedly involve creating a leaner, more efficient operation. As I learned quickly when I moved to Deadline, being change-able in the digital age can lead to good things. I still shake my head when I think about how many years I spent gathering information, writing stories and turning them in at day’s end to Variety editors, so that we could tell you tomorrow what we knew today," Fleming wrote. – CelebrityAccess Staff Writers