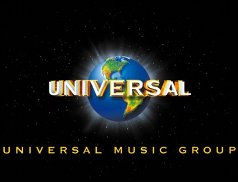 NEW YORK (VIP-NEWS) — Universal Music Group saw sales grow 7% during the third quarter — excluding revenues from EMI Recorded Music — but said it’s on course to achieve the £100 million in cost-savings it predicted when it bought the London-based company.

UMG`s EBITA (earnings before interest, taxes and amortization) were up 47% increase over the third quarter of 2013. EBITA for the year so far were up 12.5%, with €255 million. Excluding restructuring and integration costs incurred from UMG`s absorption of EMI among other deals, EBITA was up 19.9%.

Universal Music bought EMI’s recorded music labels on September 30, 2012, so it did not own EMI assets in the corresponding quarter a year ago. Excluding EMI, UMG’s revenues were flat in the first nine months of the year. Including EMI, UMG’s sales are up by 22% during those nine months to €3.4 billion.

Digital music sales continue their uptick, and now account for over half (54%) of UMG`s recorded music sales compared with 48% a year ago. Imagine Dragons, Rihanna, Robin Thicke, Drake and Taylor Swift, as well as French artists Stromae and Vanessa Paradis, were named as being the company`s biggest sellers for the year.

In July, Vivendi, UMG’s Paris-based parent company was offered $8.5 billion for UMG, which the conglomerate rejected. Since then, the company has been selling off some its assets as it is in the process if restructuring to focus on being a media and entertainment business.