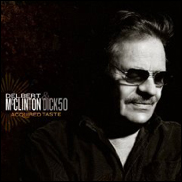 I had a fascinating conversation with Don Was last night.


Exiting February's Grammy tribute to Neil Diamond, we got into a conversation about the new Delbert McClinton record Don was producing. He was flying to Nashville imminently. It was supposed to be remakes of Delbert's classic songs. I told Don he had to do "Sandy Beaches". I ended up e-mailing Don the cut, which was so famous in his catalog, Delbert wasn't sure if he wanted to remake it.


So seeing Mr. Was after Taj Mahal's opening set at the Greek last night, I asked him how it went. Don told me the record had just come out. I had no clue. Which we both laughed about, that in this crazy, screwed up world if even I, a fan, didn't know the record was out, what chance did any new album have?

Then, waxing rhapsodically, Don told me he'd done a record in two days. Another in a week. One for $1500. Another for $9000. The extra $200,000? That would have just squeezed all the life out of it, polished it into oblivion. Don was very excited about music, even in these confusing times. He said we were in the midst of a revolution.


And what a revolution it is. Wherein, like a Firesign Theatre record, everything we know is wrong.


We need the fat cat with all the dough to polish our product. The company must take the lion's share of the money. They're entitled to it!


Speaking with Bonnie after the show, we were marveling at all the
opportunities. She's out of contract, she can follow her will.
Although now it's confusing, overwhelming, being on the road, dealing with untold details, it's oppressive to think of doing even more work forty years in. But I told Bonnie she has a luxury, she's one of a kind. A combination folk singer/blues mama who plays a mean slide guitar and won all those Grammys. If you've got that kind of profile, you can blaze trails. Kind of like the Eagles did with Wal-Mart. Not that Bonnie would make a deal with the Bentonville retailer, but the opportunities are endless. What company wouldn't want to piggyback on her fame, get instant access to her fans? I'm not talking about selling out, about saying the company's products are great. It's kind of like signage in the Staples Center. Even Neil Young doesn't demand you remove the ads. He's doing no direct endorsement, those ads are paying the bills of those ultimately paying him. A subtle difference, I know, but one the consumer understands.

And speaking of consumers…


Last night's audience was totally different from the one at the Wiltern the night before. They were actually watching the show with their own eyes! I saw no iPhones photographing, only one camera recording. You could say these baby boomers are over the hill, behind the technological curve, but even more important, they grew up on
music, music is in their blood. They go to shows like lemmings to…
You may not be able to get them to see the latest blockbuster with explosions on the big screen, or anybody new in concert, but they'll go see their old faves. You'd think just to relive the past. But, stunningly, that's not what happened last night.


Taj Mahal had those records on Columbia. His rendition of "Take A Giant Step" was exquisite. Even Ry Cooder played with him. But Taj never broke through. How many of these people in attendance last
night who'd had babies in the nick of time knew his material? Few.
But that didn't prevent Taj from getting them on their feet, dancing and swaying to the music.


You see with the oldsters, it's not about spectacle. It's about the tunes, the vibe.


And when Bonnie ultimately hit the stage and gave them something to talk about, they jumped to their feet, fully alive in their Dockers and white hair. This was not nostalgia, this was life.


Give credit to Bonnie for doing something new. The BonTaj Roulet is not just another tour, where she plays her greatest hits after an opening act. The acoustic segment, the interlude in her own performance, was jaw-dropping. As she and Taj worked out on old blues numbers.


Bonnie's redefining the nineties paradigm for an older, aging set.
The BonTaj Roulet is Lilith or H.O.R.D.E. for baby boomers. And with a long history of supporting blues legends, of introducing her audience to writers and players they might not know, Bonnie is on to something.

Even Rena remarked how everybody was on their feet. And she sees every show, she runs the place. She said it was akin to DMB the night before. But, the DMB audience still has its knees, still has its
career optimism. Yes, last night everybody was standing. Not by
rote, but inspired by the music.


I'm a longstanding Bonnie Raitt fan. But I'm still at the fair.
Because she includes us. Tells us stories, reveals some personal truth, whether it be about hooking up with her honey in a few days or referencing the death of her brother. We're looking for this humanity, our lives have rough edges, in a world that appears pristine, that is only concerned with winners.


"Nick Of Time" is now a marker. Of that time two decades ago when we finally confronted our age. That it was now or never. Kids, new career… Some of us bit the bullet, others have regrets, disappointments. How does one deal with loss, how does one deal with a complicated reality? By going to the show!


In an era where anyone over twenty five is peddling nostalgia, where it's believed that the young own new music, it was heartening to reconnect with the paradigm that once was. An endless blue skyway, where the music took you on a journey, surprised you and elated you.


Risks pay dividends. Turns out the audience is much more open to change, surprise than you realize. But you've got to have their trust. That takes time. But Bonnie's got forty years invested. Of never selling out, of never doing what's expedient, of speaking her mind, defending her causes. Short term thinking not only killed our financial system, but our music world too. You've got to be in it for the long haul, you've got to have staying power. Bonnie Raitt is built to last.