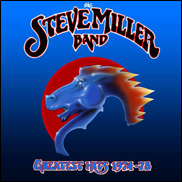 He can play. And he did.


Oh, I know what you're saying right now, there goes baby boomer Lefsetz, out of touch with new music, going to see the dinosaurs, living in his own private feedback loop.


You may be right!


But let me tell you what's happening there.


You've got bands without tapes or hard drives, without a plethora of faceless backup musicians, who are able to replicate their hits and more.


The opener was the Doobie Brothers. You know I love the Doobies, but what impressed me most was how tight they were. How they just locked into a groove and wailed. Something even the Rolling Stones cannot do, never mind the youngsters.


The youngsters grew up in the era of MTV, if they even remember when that outlet played music videos, when a star could be made overnight. And some classic acts benefited from MTV exposure, but mostly the breakthrough performers were just that…performers, who focused on image as

opposed to musical talent. Oh, I love Culture Club. But…if you didn't have a pretty face or an outrageous costume, you were not going to get traction. In other words, everybody sitting at home playing their guitar, waiting for their moment to prove it to the naysayers, to let the popular people know they had talent and were desirable…got squeezed out.


Ever hang with a classic rock artist? Volubility is not their forte. They speak with their instrument. Whereas a modern star is a spokesmodel, being poised and selling the product is what they do best. So what once was…the youngsters have never been exposed to.


And they weren't exposed to it last night either, because there were none in attendance.

Oh, I've been privy to all the b.s. saying Steve Miller is winning over a young audience. That's just what it is, b.s. The oldsters are going to the show to listen to the music, as the Doobies sang and the audience sang along.


But I was under the impression that Steve Miller was a hit machine, running through those midseventies nuggets that everybody knows, a night out to revel in nostalgia.


But I was stunned that that was not the case.


Go see the stars, usually some faceless dude handles the leads. Not that you can tell who's playing, because there are so many musicians on stage, never mind behind the curtains. Whereas Steve Miller is wiggling and wrangling the notes and he's evidencing a style, that not only made him unique, but very rich.


Sure, it emanated from the blues. But my point is you can go to the NAMM show and see twelve year olds with technique, but they've got no soul, no identity, and Steve Miller had and still has both.


Oh, he began with "Jungle Love." Went right into "Take The Money And Run." But from there he went into…"The Stake"?


Fans know the cut, from the "Book Of Dreams" album, it's the one that sounds like "Rocky Mountain Way," even though Joe Walsh did not sue. And based on the whoop of recognition last night, I think most in attendance believed it was "Rocky Mountain Way." And the track is derivative, but it is driving and it gave room for Steve to…play.


Isn't that why you go? To hear the people play?


Somehow a concert has become about the hits. Make 'em sound exactly as they do on the radio, keep the people satisfied. But the people don't know what they want. If you want them to come back, you've got to deliver what they do not expect. Like musicianship.

Who's today's guitar hero? You know, the one topping the chart?


I'm gonna let you in on a secret, referenced above… Want to be a guitar hero? You've got to practice and play! Miller said he was told he'd played the Fillmore more than any other act, 120 times. Most of the bands on the boards these days haven't performed 120 times in their lives!


And speaking of the Fillmore, Steve referenced Carlos Santana and their gigs there and said he was inspired to record "Shu Ba Da Du Ma Ma Ma Ma" as a result.


And I didn't buy that album, I gave up with "Brave New World" before returning to the fold with "Fly Like An Eagle." Because I only had so much money and I'd been burned out on less than stellar material.


But I knew "Shu Ba Da Du Ma Ma Ma Ma"…from the dorms! Because just because you didn't own it, that didn't mean you didn't hear it!


It's the fortieth anniversary of that album. Steve's gonna be seventy this year. That's a long time ago. Steve played a bunch of numbers from the LP, not that anybody in attendance knew he was gonna do so, that was not the focus of the marketing, but that's what at least half the set was all about…doing what Steve wanted, leading instead of following.


But the highlight of the show was the acoustic interlude, when Steve played "Wild Mountain Honey," "Gangster Of Love" and "Dance, Dance, Dance" solo. "Gangster of Love" slowed down and quiet gave it new levels of meaning. Yes, you can make the oldies new again if you take a risk, and you don't have to make the tune unrecognizable, like Bob Dylan, to achieve this.


But the non-musical highlight of the show was the screw-up, when the pedal steel wouldn't play. The roadie is frantically checking cables, time is a-wasting, and Miller is the coolest cat on the planet, you see he's been here before, he knows what to do.

First he says it's a roadie test. Then he says it must be serious, it always is when they unplug and re-plug cables, which illustrates the roadies have run out of ideas. And there's still no sound. And Steve says he's just gonna stand there. Suddenly, we're on his side experiencing an intimate moment, we're not angry there's no music, we too are waiting to see how this all works out.


Well, it was fixed. But it took much longer than it should have. But Steve threw no tantrum, didn't stalk off stage, he was a professional.


That's what too many of today's youngsters are not…because they don't have enough experience!


Am I telling you to go see Steve Miller and the Doobie Brothers?


Yes, I am. Because they're not going to be able to do it much longer. Everybody dies. Usually they get sick before. Hell, Steve paid tribute to Lonnie Turner and Norton Buffalo and too many who are no longer with us.


But unlike the actors, and now maybe too many musicians, Steve didn't attempt to freeze himself in time, a bizarre exercise wherein the performer appears thirty and everybody in the audience looks sixty. No, Steve had gray hair, he was not wearing a flashy outfit, he came to play.


And that's where I started.


P.S. So I'm sitting there listening to "The Joker" asking myself…how'd he come up with this? By '73, Steve Miller had already peaked, everybody's money was on his old bandmate Boz Scaggs. But rather than replicating what he'd done before, Steve Miller came up with something so outside, it flew up the chart. I mean if you were at home, with no radio, you would have considered "The Joker" an album track… Innovation made music monstrous, not dancing, plastic surgery, social networking or me-tooism. Steve Miller can still sell out sheds because if you want what he's got, you can't get it anywhere else.