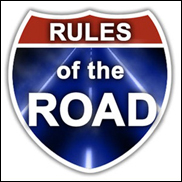 RULES OF THE ROAD


1. Get the new gear, don't deplore it. Not only every plug-in, but every music service. If you're not exploring the future, you're going to be left behind.


2. Look for the truth in that which you disagree with. It's easy to reject conflicting opinions, but you're stronger if you extract what works from that which does not.


3. Listen to the music you hate. And listen more than once. You might find something you like. You might still find you hate it. But determine why. Those giving knee-jerk opinions are ignored.


4. Know that everybody can never win, any change begets victors and losers. Digital killed CD manufacturing. The iPod killed the Walkman. If you're protecting what once was, you'll find yourself in the graveyard. This does not mean companies should jettison the past too early, but they should always have one foot in the future, and know when to jump to the other side.

5. Knowledge is power. We live in the information age. Data is at your fingertips. Uninformed opinions are laughable. Like pundits saying who's going to win the election when geeks like Nate Silver know who's going to win, based on the data. Everything you need to know is online. Spend the time finding it out before you go to the bar or a conference and start bloviating.


6. We live in a singles world. If you listen to the outcries demanding an album you're no different from Karl Rove protesting that Romney won. He who cracks the singles market on a regular basis will win in the future. No one's got time. Stay in their mind constantly and give them what they need, which isn't always what they want.

7. Artists are leaders. Use your power to make change. Only artists can get good tickets in the hands of fans. One could call it a responsibility, but he who leads, who takes a stand, is placed at the center of the future, and will reap rewards for his or her behavior.


Don't think you can enter the corporation and make change. If you really believe in something different, you've got to do it yourself.


9. Tomorrow's music business is not being built by the usual suspects, but those who are nimble, who utilize the new tools to create something that fits the modern market. You're the future, not Doug Morris.


"More so than any person I ever met in my life, he had the ability to change his mind, much more so than anyone I've ever met. He could be so sold on a certain direction and in a nanosecond (Cook snaps his fingers) have a completely different view. (Laughs.) I thought in the early days, 'Wow, this is strange.' Then I realized how much of a gift it was. So many people, particularly, I think, CEOs and top executives, they get so planted in their old ideas, and they refuse or don't have the courage to admit that they're now wrong. Maybe the most underappreciated thing about Steve was that he had the courage to change his mind. And you know – it's a talent. It's a talent. So, anyway."


I was against Napster before I was for it.


And if I was a politician, that statement would doom my career right there. We live in an era of teams, playing gotcha, whilst the winners refuse to participate, create their own league and search for excellence, changing on a whim. Ever heard of "pivoting"? That's the buzz term in Silicon Valley. That's when you've got something and you take the kernel and turn it into

something else. Kind of like a heavy metal band becoming a boy band, or vice versa. And I'm not talking about expedience here, I'm talking about extricating what does work from what doesn't and creating something wholly new, that can be successful and game-changing.


Something big happened this week. Lars made peace with Sean Parker. It was good for both. Metallica's image still suffers from its anti-Napster crusade of yesteryear and Spotify is laboring under the illusion that it is ripping off artists. Now let's not forget that Metallica is doing this deal because they now own all of their masters. But having said that, Lars admitted he was wrong, that he didn't know enough, didn't do enough research back then.


Whew! Makes me feel all warm and fuzzy. Even better about Lars. Because unlike so many in our nation, in the music sphere, he not only admitted he was wrong, but that he could learn something!


And you can learn something too. That Spotify pays 70% of revenue in royalties and it or its "equal" competitor, whether it be Apple or Rdio or whomever, will be good for artists and the business, not bad.


But this breakthrough will depend upon artists joining up, and lobbying for the success of streaming services, instead of sitting on the sidelines uneducated, too afraid to play.


But this is not about streaming so much as a way of life. Do you make a snap judgment and stick to it or do you investigate, changing your mind constantly until you decide what you're going to do? And if it doesn't work, are you willing to tweak it, to change it into something else?


Kind of like all the people e-mailing me that they haven't made it yet, that they haven't broken through. Maybe the onus is on them, not the public or the media, maybe they need to morph into something different. If you're not willing to look at yourself, question absolutely everything, you're going to have a very short tenure in the entertainment business, if you've got one at all.


So learn all you can. And question not only authority, but yourself. If you're inured to the present, you'll get left in the past. CDs are dying and vinyl is never coming back. New computers don't have disk drives and if you think the future of hi-fi is vinyl disks, you're probably driving a Rambler. The future of hi-fi is digital.


Change happens constantly. Once upon a time we were thrilled to be able to make wireless phone calls. Now if our handsets don't send e-mail and texts and surf the web at high speed we laugh. And it's great for consumers. But if you're a player, you must adjust your thinking, you must get yourself in tune with this culture…where everything is up for grabs, where you're willing to change to not only stay afloat, but get ahead.