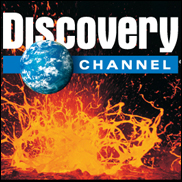 We're in the midst of a cultural shift.


A few years back, I became addicted to a Discovery Channel show about climbing Mt. Everest. Discovery is channel 3 on my Time Warner system. In fact, Discovery's got great placement on all viewing systems. Still, I could not find a single soul who'd seen the show until I talked about it on the radio and someone called in.


This was frustrating. The danger, the personalities. Mt. Everest is not an abstract concept. Was I the only one who could relate?


No. But maybe I was the only one who knew about it. Or had time to see it.


We've been living in a Tower of Babel society. Sure, we all speak English, but that's just about our only common bond. Hell, we don't even utilize the same news sources. The right watches Fox News, the left MSNBC. Even online… The right's got Drudge, the left's got the Huffington Post. And when it comes to popular culture, it's worse. "The Hurt Locker" won Best Picture and almost no one had seen it. But still, the Oscar ratings went up. They're the best they've been in five years. Not because of ten nominated pictures, not because of youngster presenters, not because of the quality of the show, everyone agreed it was subpar, but because suddenly, everybody wanted to feel included, a member of the tribe.

This is vitally important. This is a 180 from where we've been going the last decade. Suddenly, the ratings for all these awards shows have gone up. Does this mean everyone tuned into the Grammys was a Taylor Swift fan? Did everybody watch the Olympics because they favored Lindsey Vonn? No, everybody watched because they wanted to be a member of the group.


Call it Long Tail backlash. After diving incredibly deep into our own niches, we're now resurfacing. We want a community feel.


And it's funny how politicians and culture-perpetrators just don't get it.


The story isn't that we've got the Tea Party on the right and the disillusioned Netroots on the left, but that everybody wants a better economy and we want someone to lead us to it. In other words, ignore the hysteria at the fringes and play to the middle, it's VAST!


Just like in popular culture. Hip-hop/beats appeal to a minority of the population. Let's not judge this sound, let's just say that many people dislike it. And if you want to appeal to many, you've got to purvey something different.


Radio, after the Telecommunications Act of 1996, is all about niches. But we're niched out. We want one station we can all believe in, a few acts we all like.

Let's be clear. Not everybody watched the Oscars or the Olympics. The key isn't to appeal to everybody, but MOST people. And never forget that the fringes are the most vocal. If you pay attention to them, you're screwed.

Maybe it's time for more stadium concerts. Maybe that's why U2's trek is so successful. Sure, the music appeals, but it's a TRIBAL RITE! You can talk about the show in advance and with your buddies thereafter. And those who weren't included feel left out and will attend next time.


In other words, we may be on the brink of an explosion of mass culture. We might be ready for the next Beatles. Something that isn't calculated like "American Idol" that blows up overnight because of the ease of spreading the story online.


Think of this as Kardashians with talent. We all know who these nitwits are, but there's no real reason to pay attention. What if there were? Hell, we're paying attention to Snooki and Tiger because it gives us something to talk about, to connect with, both online and at the water cooler.


It appears to be human nature. We want to belong.


That's the story of the future. Not how we can rip off our concert customers, but how we can make them feel like members of a club. That grows and grows. Not how can we create something just like everything else, but something outside the niches that appeals to all. That was Lou Pearlman's genius. To create boy bands that could perform material that was catchy and appealed to all. Sure, the explosion was aided by MTV and CDs sold because it was pre-Napster, but isn't it funny that the idea came from the outside, not the usual suspects, and that the underpinnings, looks, harmonies, singable material, were so basic!


People go to see "Avatar" to belong, to be a member of the group, to get a chip so they can express their opinion. This is VERY important! Now's the time for mass, not niche. Now's the time to create something of quality, that is not dumbed down, that the public can rally around. Niches will never die. But the public hungers for mass appeal. Whether it be TV shows, music or anything which they can dissect and have an opinion about.