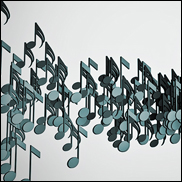 
Has been underutilized in the music business. SoundScan was a revolution, but then the Internet happened and everybody was caught flat-footed and was so flabbergasted at the evisceration of the business model that the only actions taken were rearguard ones, and those were executed late.


Don't confuse the product with the sell.


The key is to see if the product has traction. If it doesn't, don't expect anybody to invest in it. If you want money, if you want human effort, you must show growth and attention. That's the data focus of the artist.


As for the seller…


We're only at the advent of knowing what does and does not work. Does TV work, both ads and appearances? Web ads? YouTube play? No one is correlating cause and effect, they're just going by their gut. In other words, an appearance on Letterman or Leno might feel good, but is it actually helping an act's career?


Emotionally, I'd say no.


But emotion will not rule the record business in the future. Labels will look at the effect of activities and then judge whether to pursue them. Waste will be siphoned out of the system. A revolution is brewing. And he who has hit acts and employs data to further success will win. Because that person will generate the most success and money for acts, and hit creators will gravitate to them.

We're seeing it already in publishing. Kobalt has made its old line competitors very afraid, because the company is data-based, it provides information to its customers on a regular basis and utilizes data to generate more cash.


As for concert tickets… Soon prices will not be determined by hunch, but data. This is a much bigger issue than scalping and StubHub and all the bloviating about the secondary market.

In other words, what is a ticket worth?


It's not so much about all the revenue going to the secondary market, as the primary market not knowing how to price effectively. The Stones tried to capture all the revenue and it blew up in their face. The question is how do you price so the arena goes clean, you don't pull a number out of thin air and see if the public is willing to pay it, discounting after the fact and alienating all involved.


Also, the concept of bidding war guarantees will fade. Promoters will model what an act is worth. It won't be about the upfront payment so much as sharing in the revenue. Data will drive the sell. This will require promoters to be upfront about costs. Despite what you hear, those days are coming. Every ticket is going to return to the manifest. The big acts will insist upon it.


Acts will replicate the web model, wherein only monoliths succeed. There's one Apple, one Amazon, one Google. They each have imitators, but the replicas have a tiny share of the marketplace.


In other words, if you invent a new type of music, you will rule. Others will horn in on your action, and you will fight back by continuing to record and release, i.e. innovating, and you will continue to get the lion's share of the revenues…unless someone who built upon your base leapfrogs you with innovation.


It's the sixties all over again. The Beatles put out records constantly. Each one was different. That's why they dominated.

It just looks right now like there's endless repetition of the formula. But the cracks are already showing. Top Forty, which is responsible for tonnage, used to be solely rhythmic. Then came Gotye, now comes Lorde. The new and the different is undeniable, the public demands it.


Give Clear Channel credit. It sees the future.


Despite all the hoopla by entrenched players that terrestrial radio is burgeoning and forever, Clear Channel realizes this is untrue. So the company is expanding online. As for its iHeart Radio Festival, it's burnishing the company's image. Furthermore, unlike radio in general, which is anti-innovation and anti-spending, Clear Channel has invested in its own studio in Los Angeles.


So Clear Channel is better prepared for the future than other radio groups.


But will Clear Channel win?


Only if it is willing to kill its terrestrial model and super-serve its customers. That's the "Innovator's Dilemma" in a nutshell. What's killing terrestrial is the commercials. If you're beholden to twenty minutes of commercials per hour, you're going to lose in the future, which is so much more an on demand world. Digital advertising looks different, it's embedded, it consumes less time. Newspapers were dependent upon advertising, it moved away and newspapers died. Radio and television are just a couple of changes behind, the public will not tolerate this commercial load.


Humanity will be king. Kanye cancels tour dates because his screen is broken, he's putting on an extravaganza when more and more people will be looking for honest performance in an increasingly digital world.


He who can play and perform live and write will win in the future. It's a return to basics. A reaction to today's overprocessed/fake world.


He who controls talent wins. It doesn't have to be the major labels. But since no one else was willing to put their money into artist development, the labels have sustained, they've been pulled slowly into the future, but they're here.


If you want to dominate in the artistic field in the future, you've got to spend.


That's what makes a successful concert promoter. Someone who's willing to lay their money on the line.


First you start with the money.


Then it's about insight and inefficiencies.


If you've got no money to spend, you're not in the game.


If you control no major talent, your opinion is not listened to, no matter how brilliant it might be.


Demand full access 24/7 at a low price. Scarcity is history. As are high prices for content. Wireless companies drove down the price of access, content companies were swept along the way. Stop agitating for higher prices. Just try to get a larger piece of the pie.


Want to bring their digital lifestyle to music.


Which means they want to do everything on their handheld. They want to listen to music, buy concert tickets and interact with acts. And they want to employ their mobiles at the show. Expect wireless in all venues (it's already penetrated the NFL), and gamification.


You will earn points for going to the show. There will be a competition with rewards. He who goes most will get a free pass, stuff like that.


It's all about loyalty. Something the industry has done a poor job of leveraging.


Acts will know who their fans are. They will be incentivized to remain loyal. He who controls the customer data wins.