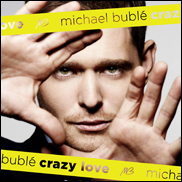 If you go to a good show, when you get home you can't fall asleep, you toss and turn all night, and when you wake up the next morning, you're wasted.


I feel like I've been hit by a Mack truck. And I had my last sip of alcohol decades ago. As for sleep, I tossed and turned while the clock spun its digits. And I had the weirdest dreams, involving performers in Italy, and an art show…


And he's bound for New Orleans…


Bill Ham showed up at the Warehouse begging for an opening slot for his band, ZZ Top. The guy with the long beard, who looked like Jesus, finally relented, he offered the band $100 and a chance to play. Minutes later, there was a knock on the door. Ham again. They had nowhere to stay. Don Fox said they could sleep in the dressing room, but there were to be no women and no dope, and he exhaled from his joint to emphasize the point.

Thus began a thirty eight year relationship. Touring the little ol' band from Texas around the country, not impinging on another promoter's territory, no one else wanted to play them!


And Don Fox met Bruce Allen when he agreed to let BTO open for ZZ. Then there was Loverboy and Bryan Adams and now Bublé. They'd done it four times. Don kept imploring Bruce to do it once more. Yes, when I put it to them straight, they believed they could do it with anybody, their machine was that good.


The opening Bublé date in Phoenix pulled nineteen paying customers. Then they moved on to Salt Lake City, where they did fifty two. The numbers were positively awful, but they had a plan, and they were sticking to it.


And then Starbucks tracked them down to put Bublé in an ad. Then there was TV and now there's the deal with Nordstrom, that not only gave them all those pages in "Vanity Fair", but put four Bublé CDs at the cash register at over a thousand outlets.


CRY ME A RIVER


That was Bublé's opening number. You know, the old Joe Cocker chestnut. Oh, don't tell me who did the original, I don't know. We all come to music at our own entry point. Many people have probably heard these songs first from Bublé, that's cool.

He's got a complete band, and a full horn section and they're tearing it up. But what's amazing is the audience. From the barely born to the nearly dead. All the way to the rafters. No one can sell out the upper deck at Staples, but every seat was full. And I know this was true. Because I saw them turning away wannabe seat buyers at the ticket window.

And it was like flying in the fifties. In other words, everybody came dressed up. My favorite was the family who was booted from the seats two rows in front of us. Each and every one of them had the body of a beach ball, but they were dressed in their Sunday finest. They were here to see Bublé!


Who had a sense of humor about himself. Told jokes about being gay. And said we weren't here for a concert, but a party! Scream, sing along, and if you feel like it, get up and dance. And if the person behind you complains, GIVE THEM THE FINGER!


Wait a second! I thought this show was supposed to be G-rated. Oldsters like to sit! But the girls in their finery stood up and swayed as they mouthed the lyrics, they rushed the stage, and when Bublé asked them to return to their seats so the people down front could see, they did! Even Mick Jagger doesn't have this power.

A SONG FOR YOU


Don't ask me to go hear your unknown rock band, it's torture. Worse if you're a modern act, beat-infused… You know what it's like to sit through two hours of unfamiliar material? If I don't listen to the record first, I've got no chance, my BlackBerry suddenly becomes utterly fascinating. But I knew seventy percent of this material. I could enjoy it. It was entertainment.


What a concept. That's what Don said backstage before the show. Bublé isn't cutting edge, he's not doing something new. Unless you consider singing great songs with melody a novel concept.


And I'm not looking at my watch, never worried about when I can exit, and Bublé's going on about this being his final number, one he wants to sing at the end of every show for the rest of his career. And he launches into "A Song For You":


"I've been so many places in my life and time"


Like Middlebury College in the seventies. Where I spun Leon Russell's debut again and again, with its opening number, "A Song For You". I realize there were covers thereafter, but this is the original, no one can top it.

We're in this cavernous barn. But with the trumpet solo finished, with just a spotlight on Bublé in front of the curtain, singing a cappella, away from the mic, totally live, it truly felt like he was singing just for me.


Today, most acts let their audience down easy, they let them slide out of the building ready to snooze. Whereas Bublé built to this absolute peak, the highlight of the show. And then he was done.


And that was when I was closed.


It wasn't an issue of charisma.


It wasn't an issue of vocal skill.


It was an issue of emotion. I was touched.

MEANWHILE, BACK IN NEW ORLEANS


We're sitting in the bar after the show, and Don and Bruce are telling me how they did it.


These are the Damon Runyon characters who've been eviscerated from our business. Guys who made it based on their wits.


Don refused to sell out to Sillerman. And he's not complaining about Live Nation. He's just doing it his way. No pre-sales. No Amex. Everybody gets a shot at a good ticket. Do people buy four and resell two? Sure, there's no way to stop that. Then again, they do do paperless ticketing for the good seats close to the stage.


They spoke about Warner Brothers' set-up. They talked about Don booking dates at arenas BEFORE the sports schedules are announced. They were giddy with success, like the Little Rascals pulling the wool over Miss Crabtree's eyes.


Bruce told me they were gonna do two stadium dates in Ireland. This thing was still building.

And I got more of Don's story on the long walk back through the bowels of the arena. He told me about being able to say NO! That what was crippling this business was promoters overpaying. And that if he's got a stiff show, he refuses to paper, refuses to hang a curtain, let the act SEE the end result of their greed. As to whether he plays them again, he doesn't care! And believe me, Don's a player. He just finished a run with Clapton. Sure, people say DON FOX IS CHEAP! He just considers himself realistic.


And then we're at the van, for the short hop to the afterparty.


There appear to be more people than seats, so I tell Bruce we'll walk. But he insists we take a seat. And when I get inside the van, I realize the back row has been removed, but Bruce hops into the back with Bublé and starts introducing us. Of course he's gonna have no idea who I am, but I figure he'll get into it with Felice, singing some of her dad's songs. But after a few beats skip, Bublé goes into shock. OF COURSE HE KNOWS WHO I AM! And goes on and on. And the reason I bring this up isn't to impress you, isn't to have you question the veracity of my account, but to tell you this opened a window for questions. Which I peppered away.


We spoke about his Michael Jackson bit. Debated the longevity of the white gloved one's legacy compared to Elvis. Bublé told me he used to do an Elvis tribute. So, what got a bigger response? Well, when he did Elvis, his audience was older, it was before the young 'uns had started to attend.

So, is he worried about placating the audience?


He just believes the songs he likes will be the songs the audience likes. After all, who doesn't like melody? What's gonna stick around, Kelis' "Milkshake" or the great American songbook he pulls from?

You've gotta love a guy who knows himself, who's not arrogant, who's willing to play.


And then Don and I got into it, we didn't even cross the threshold into the bar. He told me he PROMOTED shows. I asked him how? He winked and said that would be like revealing the formula for Coke or Pepsi.


And it's this formula that built Bublé into not only one of the world's biggest touring acts, the Australian promoter was there cementing Down Under dates to come, but one of the biggest recording acts too. They've sold another five million albums. Same as they sold on the previous record. Shouldn't that number have gone down?


Knowing what I know now, having experienced Bublé live and in the flesh, I'd say no.