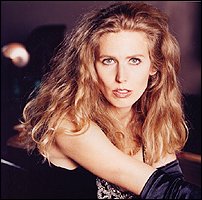 (CelebrityAccess MediaWire) — In taking control of her career, Sophie B. Hawkins is prepared to take on not only the music industry, but also the people who are corrupting it. When her lawyers cease and desist letters had no effect, Hawkins decided to take the case in her own hands by filing in Santa Monica small claims court. She is headed to court on April 13 to get back the $300 she paid to retrieve an advance copy of her Wilderness CD that was put up on an Internet auction five months ahead of its release.

"I am hoping to send the message that as a songwriter you need to take action every time a CD is illegally sold," Hawkins said. "It is not about the money, it's about the principle and putting a message out there. My fan paid $300.00 for this record and I am going to get his money back and buy him a copy of my CD and send it to him. I appreciate the fans; they shouldn't be ripped off, and neither should I."

Wilderness is set for release April 20 on Trumpet Swan Records/Lightyear/WEA. It is her first independently recorded, conceived and released album, which she co-produced with Christian and Frank Berman (Amber, Baha Men, Real McCoy). Working out of her home studio near Los Angeles, she wrote and laid down the tracks for these songs on a variety of instruments: guitar, cello, drums, keys, plus the exotic percussion that has fascinated her since her studies while growing up in New York with African drum legend Babatunde Olatuni and at the Manhattan School of Music. –Jane Cohen and Bob Grossweiner