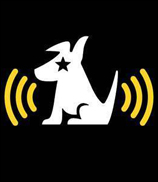 NEW YORK (CelebrityAccess MediaWire) — With the announced purchase of a larger percentage of Live Nation Entertainment by Liberty as well as comments from Liberty CEO Greg Maffei regarding the combination of Sirius XM and Live Nation , it appears that Liberty and Sirius XM are indeed going to enjoy a long and profitable relationship. Maffei did not speak to any known specifics of the future and the relationship, but he did show enthusiasm when speaking to it on CNBC.

Liberty has been very active recently with acquisitions as many of us already know. They should be closing imminently on the purchase of Worldspace assets through bankruptcy. The assets are apparently being acquired with some of Liberty’s stake in Sirius XM, more specifically, a percentage of their stake in XM holdings, through their Liberty Satellite LLC holding company.

Liberty Global another of John Malone’s companies has also been busy getting its acquisition of Unitymedia (from Apollo and BC partners), a German Media and cable conglomerate, finalized, and also shedding its 37.8% position in Japanese cable company Jupiter Telecommunications, for $4bn.

There can be no doubt that Liberty is indeed concentrating on Europe, the Caribbean and South America as areas of expansion outside the United States. The addition of Live Nation only enhances the situation. Live Nation has core business in producing, marketing and selling live concerts for artists with a global concert pipe. Live Nation is the largest producer of live concerts in the world, annually producing over 16,000 concerts for 1,500 artists in 57 countries. The company sells over 45 million concert tickets a year. Live Nation is transforming the concert business by expanding its concert platform into ticketing and building the industry’s first artist-to-fan vertically integrated concert platform. Headquartered in Los Angeles, California, additional information about the company can be found at http://www.livenation.com/investors.

With Sirius XM already having Effanel studios since 2005, even more synergies can be gained for all concerned parties between Liberty, Sirius XM and Live Nation. Of course, that is a future story that is yet to even begin. In fact it is only in its early infancy with the Liberty acquisition of a larger percentage of Live Nation not even 24 hours old. Still some healthy speculation based on known information is never a bad thing. Clearly, there is going to be much more value added to all three entities, Liberty, Sirius XM and Live Nation. Those who have the foresight to continue digging for information along that path may end up reaping very ripe and healthy fruit for their labor. The situation bears watching for sure, and I personally will be doing just that. As always, do your own due diligence and best of luck. –by CelebrityAccess Staff Writers