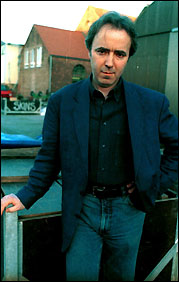 SFX continues its world dominance with the acquisition of various music business interests of Herman Schueremans, a leading promoter in Belgium and one of Europe's most respected entertainment executives.

On the Rox promotes indoor shows in Flemish-speaking parts of Belgium, such as at Antwerp Sportpalais and Flanders Expo. This summer, it is promoting shows by U2, Janet Jackson and Eric Clapton and Ricky Martin. The company also runs the "I Love Techno" dance festival at Flanders Expo, Belgium's largest dance event. On the Rox's Kris Verleyen joins SFX along with Schueremans.

"Belgium is a significant live entertainment market in Europe, and adding these companies ­ along with the recent acquisition of Make It Happen – solidifies our leadership position in that country," said SFX Chairman/CEO Brian Becker. "We are right on track with our plans to build our in-market presence across Europe, and they will play an important role in helping direct our future on the continent."

"This is a very satisfying day for everyone associated with our businesses in Belgium," said Schueremans, a 25-year industry veteran. "I have been watching SFX's development very closely over the past few years and believe being on the same team will result in more international tours coming to Belgium. It will also be great working with Paul Ambach and Michel Perl of Make It Happen, specializing each in different aspects of the music business in Belgium."