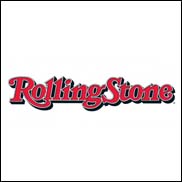 (Hypebot) – Rolling Stone is planning to launch a country music website, Rolling Stone Country, next year and put out its first country-themed print edition. It's actually an obvious move in many ways though one that will certainly get a negative response from the "anything but country music" crowd. Over the last few years country has truly gone mainstream with increased sales, advertiser interest and a general shedding of the wide range of prejudicial images associated with poor and working class white people. This process, which arguably began with such artists as Shania Twain in the 90s, represents a huge opportunity for popular media that embraces such changes to grab some territory that can last.

It's all part of Gus Wenner's reign at RollingStone.com that began back in May when the son of founder Jann Wenner took over. He stated:

"There's a really big void in the digital coverage of country music as far as giving it the serious attention it deserves…I saw some similarities and thought it could be an opportunity for Rolling Stone."

Rolling Stone publisher Chris McLouglin said they'll spend over $1 million on the new site next year. This is definitely a committed effort about which Gus Wenner says:

"We're really doubling down on country: in the office, the people, the logo and the art that's going into the new site…You're going to realize that this thing is for real. This isn't something we envision putting up and pulling down if ad dollars dry up."

Actually if ad dollars dry up they will be taking it down but we get the point. This is real. Rolling Stone x Country Music x (maybe) Americana?

This move makes so much sense. Country music sales were up last year. Advertisers are digging new country music TV shows like "Nashville" and country singers' appearances on "The Voice."

Country music should also benefit from negative reactions to rock music's general stagnation and EDM's growth, the fact that its image is still white but not poor white and the surprisingly robust power of people singing songs that say something meaningful about everyday life.

Despite Rolling Stone Italia's tongue in cheek attack on EDM, RollingStone.com includes EDM coverage as it has rap music. But country can't be so neatly brought into the fold so a separate site makes a lot of sense.

I would be very surprised if this doesn't do extremely well for Rolling Stone.