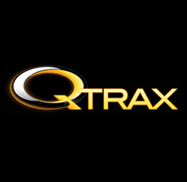 
What's the excuse this time? Apparently only one person is capable of speaking for the company or honoring its commitments and he was…ill. "Yes, it is true that we intended having a Press Conference today," said a post on the Qtrax blog. "And it’s also true, that in the last week, our CEO, became ill with a generally non-life-threatening but quite painful ailment- kidney stones. And it is also true he was admitted to hospital & thankfully is leaving today. So we’ve decided to cancel the conference".

Instead of apologizing for the cancellation or the fact that it missed another of its own deadlines – the most recent being a still unrealized "October launch" in China and the Pacific Rim – the company is painting itself as a David against a Goliath comprised of "detractors – some of whom, hide behind curious names on blogs, others are more brazen". (Just in case they mean me, my name is Bruce Houghton and I don't hide that this blog is mine. Is their CEO named Mr. Qtrax?)

The company says it will finally launch in January: "…we were finally launching in January. Are we? Yes. Have we been wrong before? Humiliatingly, yes. Will be wrong this time? No."

If taking bets on exactly when Qtrax will launch weren't illegal, Hypebot could go ad free in 2010. Then again, who would bet against me?