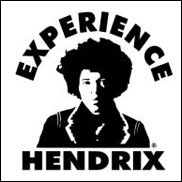 Centered around tracks recorded during a pivotal and turbulent four-month period in 1969, Valleys of Neptune unveils the original Jimi Hendrix Experience's final studio recordings, as the group lays down the foundation for its follow-up to Electric Ladyland, alongside the guitar superhero's first sessions with bassist Billy Cox, an old army buddy he'd recruited into his new ensemble.

Valleys of Neptune provides an essential, compelling, and up-til-now largely unseen view of what Jimi Hendrix was up to musically in the critical period between the release of Electric Ladyland in October 1968 and the 1970 opening of his own Electric Lady Studios, the state of the art facility in Greenwich Village where he would begin his final project, the ambitious double album First Rays of the New Rising Sun.

Janie Hendrix, CEO of Experience Hendrix LLC, the Hendrix family-owned company entrusted with preserving and protecting the legacy of Jimi Hendrix, noted, "My brother Jimi was at home in the studio. Valleys of Neptune offers deep insight into his mastery of the recording process and demonstrates the fact that he was as unparalleled a recording innovator as he was a guitarist. His brilliance shines through on every one of these precious tracks."

Valleys of Neptune is originality electrified, offering more than 60 minutes of previously unreleased Jimi Hendrix music, originally recorded, and newly mixed for this historic release, by Hendrix's longtime engineer Eddie Kramer, who first worked with the guitarist on Are You Experienced? in 1967. Valleys of Neptune is produced by Janie Hendrix, John McDermott (who contributes detailed liner notes to the album) and Eddie Kramer.

"Valleys of Neptune" has long been one of the most sought after of any commercially unavailable Jimi Hendrix recording. The song will be released as a single globally on February 2, 2010, nearly forty years after Jimi finished recording the track at New York's Record Plant in May of 1970.

Other highlights on Valleys of Neptune include blazing studio covers of Elmore James' classic "Bleeding Heart" and Cream's "Sunshine of Your Love" as well as premier performances of original Hendrix compositions like "Ships Passing Through The Night," "Lullaby For The Summer" and the original un-dubbed Jimi Hendrix Experience rendition of "Hear My Train A Comin'." Also included in Valleys of Neptune is "Mr. Bad Luck," a Jimi Hendrix Experience track, produced by Chas Chandler during the 1967 Axis: Bold as Love sessions.

As part of the opening wave of releases for the Jimi Hendrix Catalog Project, Legacy Recordings will also be releasing new deluxe CD/DVD editions of Are You Experienced?, Axis: Bold As Love, Electric Ladyland, and First Rays of the New Rising Sun, also available on vinyl, on March 9.

Each of the essential titles in the Jimi Hendrix catalog to be newly reissued on Legacy will feature a bonus DVD featuring newly created documentaries directed by the Grammy award winning Bob Smeaton [Beatles Anthology, Festival Express, Beatles: The Studio Recordings] and featuring interviews with Experience members Noel Redding, Mitch Mitchell, Billy Cox, original producer Chas Chandler and engineer Eddie Kramer. In addition, Smash Hits, Jimi's original compilation, will be reintroduced. The critically acclaimed Live At Woodstock will be available as a standard DVD as well as a Blu-ray Disc.

"No artist has ever transformed the pop music landscape as profoundly or as permanently as Jimi Hendrix," said Adam Block, Senior Vice President and General Manager, Legacy Recordings. "We are proud to be partnering with Experience Hendrix in releasing Valleys of Neptune, a treasure for Hendrix fans both new and experienced. It's an auspicious start in fulfilling a shared vision for the Jimi Hendrix catalog going forward." – CelebrityAccess Staff Writers