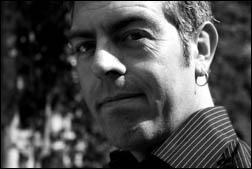 BERLIN (CelebrityAccess MediaWire) — Popkomm has appointed a new festival coordinator, Paul Cheetham, to oversee production of the Popkomm festival for 2010.

Cheetham, currently heading up his own shop at Clockwork Management, is an experienced hand and has almost twenty years of experience as a music promoter, artist, event manager, concert producer and music industry consultant.

"I have been involved with Popkomm for several years as a delegate, an exhibitor, and as a representative of showcasing artists and have always believed it to be an essential part of the international music business. So I feel privileged to be able to take on this role with the festival office and will have the opportunity to work with many good companies, venues and artists from all over the world." Cheetham said.

Cheetham will be replacing Dirk Schade and will have his work cut out for him. Popkomm took a hiatus in 2009 in the face of poor ticket sales, leaving an opening for their competitor, the Reeperbahn festival to launch Campus, a competing conference last year.

Popkomm appears to be ready to step up to the plate however and has announced a new venue for this year's event, which is set to take place at Berlin's Templehof Airport from August 8-10. – CelebrityAccess Staff Writers