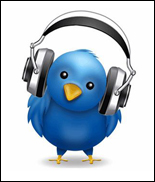 I'm sick and tired of techies with VC money believing they can solve the music industry's problems via algorithms and data. It's a people business. The day human beings are no longer necessary to create memorable tunes is the day I'll believe these wankers have come up with a reasonable solution to music recommendation.

That's a problem, what to listen to.

But even more, it's that there's SO MUCH MUSIC!

In the dark ages, and that refers to any time in the last century, when you had to buy music to hear it, most people had very little of it. Some, casual users, had essentially none at all. They just listened to the radio. Now everybody with an Internet connection has the history of recorded music at his fingertips and many are so overloaded that they've abandoned new music entirely. It's kind of like being at an endless 24/7 buffet, with both McDonald's and every three star Michelin restaurant. It's hard to distinguish between the good and the bad and you get so stuffed tasting and testing that your main goal is to escape, ergo the boffo touring numbers for everybody who made it in the last century, i.e. the classic rock acts, who didn't even have MTV to blow them up, but had to slog it out city by city, station by station.

I'll give you an example. Yesterday I downloaded four of the most hyped, most prestigious recent albums. It's interesting that they're all British, where it's less about flash than substance, but if you check the UK charts, they're peopled with the same drivel insiders decry in the U.S. You see we rally around what's popular, and the chart hits mean less than ever before, but they're discussion points, water cooler fodder, and we all want to belong. That's the yin and yang of today's culture. The hits and the obscurities and the vast wasteland in between. You want to know what everybody else does, but you're also deep into your own niche, and you wonder why the two never cross paths…why the popular isn't better and the obscure isn't more popular, but the fluidity in music is akin to the fluidity of wealth in America. Everybody believes it's easy to go from poor to rich, but statistics tell us otherwise. Furthermore, with the rich taxed at such low rates, they remain rich, like the classic rock artists.

Anyway, first I started listening to Jake Bugg. Because he's getting all the press. I liked it, was just shy of love. So I decided to go deeper. And doing web research, I see he lost the Mercury Prize to Ben Howard, who I decided to give a good chance. And while listening to Mr. Howard, I wondered if either of these gentlemen appeared at Coachella. Doing web research, I was reminded that James Blake appeared at Coachella (as did Mr. Howard), so I downloaded his latest album. And then a synapse fired and I decided to download Emeli Sande, because she's the recipient deafening buzz.

I'd started on Jake Bugg, now I was stuck on James Blake. I liked where Blake was coming from. But I wondered, could I recommend him to anybody else?

And then I went back to Ben Howard and the track "These Waters" stuck out.

But by this point, I was so overwhelmed with new music, I went back to the old stuff. My brain was fried.

Now I know immediate. I know Gnarls Barkley's "Crazy." Unfortunately, none of these acts were. All were good mind you, but they're all essentially niche. Maybe one could blow up, but you see my problem is not recommendations, it's bigger than that, I don't have enough time!

Used to be you bought an album and played it to death until you knew it by heart, it was all you could afford. And then you went to see the act live and sang along. You lived for this experience.

But now it's hard to listen to that which doesn't immediately grab you, because you want to check out something else, or go back to that which you know so well. So, what we end up with is the old hits, the new hits and the obscurities. Who can solve this problem?

Think of television. There are five hundred channels or so. But that's a limited universe. There's no limit in music. And TV is challenged too, did you see that "New York Times Magazine" article about Jenna Marbles, the big YouTube star? Loved the words, didn't love the clips. She's just not that…good.

So where does this leave us?

If you're undeniable, if you are Gnarls Barkley with "Crazy," we're all over you. We're gonna tell everybody we know and we're all gonna react and you'll be a smash. That's the essence of "Call Me Maybe" and PSY's "Gangnam Style" video.

But if you're not that hooky…

Wow, you're in trouble.

I get it, I get it, your music is good, in the seventies people would give you time.

But it's not the seventies anymore. If you're lucky you'll grow a niche, and then probably hit a wall. Kind of like Phish. Did you read that article bouncing around the web? I love the story, but most people don't love Phish. That's okay, as long as they're happy. But the old world wherein something is anointed and banged to death on radio and TV and made a ubiquitous hit is history.

What we need are trusted human filters. The deejays of yore.

But there's no money in that. Technology scales, human beings do not.

And these deejays must realize the music they promote can have no tune-outs. Imagine that! That's what today's music recommenders don't get. Just because you like it, that does not mean I will!

I know, I know, this plethora of information is not limited to music.

Hell, it's fascinating to see the mainstream press be last on everything but disasters. We've all got our niche news sites focusing on what interests us and when we see the same story a day or a week later in the newspaper, we laugh.

And we're not going back to the old days. Music is never going to be scarce again. But any solution to our problems has to take into account the new realities:

2. It's all free at everyone's fingertips.

3. People like to feel like they belong. Even if something is great, if it gains no traction, they want to move on to something that has steam.

4. With everything equally available, people only want the best.

5. Time. They're not making more of it. To expect people to waste it on substandard stuff is delusional. Videos only go viral if they hook you the very first time through, it's no different in music.

"How to trick people into thinking you're good looking" (this is Jenna Marbles's first video, just watch it, it's a hit, it made her career, if the follow-ups were as good, you'd know her name, but they're not and she's a niche item, albeit a profitable niche item): http://www.youtube.com/watch?v=OYpwAtnywTk