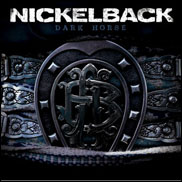 LOS ANGELES (CelebrityAccess MediaWire) — Grammy-nominated Nickelback, announced they have extended their Dark Horse World Tour into June 2010. With tickets for the first leg of the 2010 Dark Horse World Tour already on sale and on pace to break new sales records for the band, Nickelback adds 19 more dates to the tour and will be joined by Breaking Benjamin, Shinedown and Sick Puppies. Tickets for the new dates go on sale beginning January 16th on LiveNation.com.

Nickelback is one of the biggest rock bands in the world, with over 35 million albums sold. The band's latest album, Dark Horse, produced by Mutt Lange, debuted at number two on the Billboard Top 200 Chart and has remained on the Top 200 for 50 weeks selling over 2.4 million albums in the US alone. Nickelback is currently nominated for Grammy in the Best Hard Rock Performance category for "Burn It To The Ground."

Nickelback has enjoyed success with their last album, All The Right Reasons, which has been RIAA certified 8X platinum. The six singles from the album totaled 12 million downloads and 6 million ringtones. All proceeds of digital single and video sales for "If Everyone Cared" between February 1 and July 31, 2007 were donated to charity, equally distributed between Amnesty International and International Childrens' Awareness Canada. Each of the five videos from All The Right Reasons has reached #1 on VH1's playlist: "Photograph," "Savin' Me," "Far Away," "If Everyone Cared" and "Rockstar." In 2006 Nickelback was awarded a World Music Award for "World's Best Rock Group," a Billboard Touring Award for "Breakthrough Artist," an American Music Award for "Favorite Pop/Rock Album" and a People's Choice Award for "Best Rock Group."