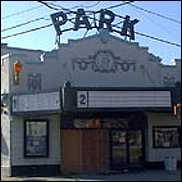 Several shows are already on the theater's late 2009 and 2010 calendars but they and other pending events won't be announced until just before special pre-opening activities. Those activities will include a media reception and at least one separate day for a public open house.

A special theatrical series, numerous concerts and other one-nighters featuring a variety of popular entertainers, several locally produced events and a film series, special closed circuit presentations and televised major sports attractions are expected to be among RICPA's annual events.

The Park Avenue complex also includes the Park Internet Cafe, a 'Backstage' Lounge and a restaurant and banquet hall that can double as a conference and meeting center. The venue will also offer valet parking and has a dedicated 450 space parking lot across the street.

Following feasibility work he has done on this project since 2005, former sports and arena management executive and current FCA president Jack Nicholson of Boston has signed on as Managing Consultant and incoming General Manager at RICPA. His first two staff members are also now on board.

They are Ed Dalrymple of Winston Salem, NC, son of former RFK Stadium GM Jim Dalrymple, and Lee Andersen, former management official with the Ogden Corporation. Dalrymple was recently associated with amphitheater projects in Florida. Andersen's facility work has been in Massachusetts and California. Both have worked with Nicholson in the past. –by CelebrityAccess Staff Writers