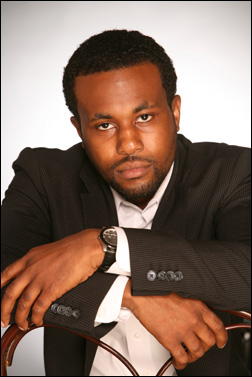 Brent Walker knew from early on that he wanted to be a part of the entertainment industry.

Walker, a native of Queens, New York, got his start in the industry in his early 20s, when he partnered up with a childhood friend to promote events at a Jamroc, a Long Island nightclub.

This experience got Brent hooked on the business and he started to shop his résumé to every record label in Manhattan, but it was a mutual friend who hooked him up with a gig as an intern at Chris Lighty's Violator in 2001.

“Violator is like the Navy Seals of the music business if you ask me. If you start out as an intern at Violator and last, then I believe that the sky's the limit,” said Walker.

“At a record label, you may be positioned to work in the marketing department, or publicity, radio, sales dept, etc…whereas at Violator, you have to be hands on and in direct communication with every aspect of an artist's career.”

While at Violator, Walker quickly moved up the ranks from a lowly intern to Marketing Coordinator to Junior Manager and then Manager, while being mentored by industry figures, such as James Cruz, Gail Hansen and Chris Lighty.

After leaving Violator in 2008, Walker decided to make the jump from the management world to booking and signed on with Multi Talent Agency, where he is today.

Now making Atlanta his home, Walker is on tour through Europe with rapper Jadakiss. And in the coming months he will be working on casting artists for an upcoming film project and working on a Spring 2010 tour.

You got your start in the industry as an independent promoter – how did that happen?

I was working a day job with my friend that we both hated, so we said let's put our money together and start doing parties.

Talk about Jamrock – what kind of events were you putting together there?

Jamrock was a club in Hempstead, LI. We sat down with the owner and told him that we wanted to start doing parties, so he gave us our first opportunity at his venue when a lot of people didn't want to work with young/first time promoters. We didn’t do any large scale performances, but we started doing a weekly party there.

What was the biggest event you promoted?

Nothing very big back then, we promoted heavily to the colleges in area like Hofstra, Nassau Community College and Adelphi University. It was really a local college crowd. Probably the biggest name we booked back then was DJ Enuff from Hot 97 – he wound up not showing up that day, so we got an early experience of what happens when an artist doesn't show up.

How long were you at Violator?

Violator has a unique reputation in the music business, what do you think sets them apart?

What sets Violator apart is that they're a management company that acts as a record label. They oversee everything a record label is supposed to do and they also have their own representatives for radio promotion, marketing, AandR administration, etc– they do it all.

Talk about some of the different roles you held while at Violator.

I started out as an intern working between Chris Lighty's office and Gail Hansen's office in AandR Admin. From there I started interning for James Cruz in the marketing department. Then I was hired as a Markting Coordinator – working on the 2003 release of 50 Cent's “Get Rich Or Die Tryin'” Album. From there I was promoted to junior manager and started touring with Busta Rhymes, 50 Cent and occasionally Missy Elliott. Then I went from junior manager to manager and was solely responsible for the handling Busta Rhymes and Kia Shine and a new group we had called The DEY.

What was it like working for Chris Lighty? Surely you have a story or two about your time there.

I always just wanted to be a sponge working for Chris. He really knows this business and you can learn a lot from just being around him – but you have to be able to pick it up and catch on. There's definitely no hand holding or spoon feeding at Violator. He's not a man of many words and there was never really any screaming or yelling, but having had the opportunity to work in his office taught me a lot and definitely set the foundation for what I'm doing now.

Are you still doing any management?

Not at the moment. Management can be very rewarding, but my primary focus now is solely on booking.

Talk about Multi Entertainment – what initially attracted you to the company?

Multi Entertainment is a great company. They used to call me to submit offers for Busta Rhymes and 50 Cent while I was still working at Violator and having dealt with multiple booking agents at the time, I really respected the level of professionalism that went into any deal we did together. Any offer we accepted of theirs went through seamlessly.

What do you think Multi offers to your clients that your competitors don't?

Multi Entertainment reminds me of Violator, but for booking rather than management. Some agents collect a deposit, confirm the date and that's it. We make sure the entire production runs smooth from the time our offers are accepted, until the time the artist gets dropped back at the airport to return home the next day after the show. We are hands-on with everything and that gives our buyers a level of comfort that keeps them doing return business with us.

The industry is going through a period of consolidation, how does that impact agencies like Multi?

I really don't think it impacts us too much. Yes, the industry is definitely changing, but one thing that will never change is the fan's desire to see a live performance. So record labels can continue to downsize and consolidate, but as long as there are new artists emerging with new careers and new music, there will be promoters willing to pay to book them and fans willing to pay to see them live.

What have you been listening to lately?

I love Fab's new album "Loso's Way", I also have the Blueprint 3 in my car. I recently bought Chrisette Michelle's new album. Then when I really need to relax and unwind, I'm a big fan of different styles of Brazilian Lounge Music.

Are you actively looking to develop new artists or are you focusing primarily on your existing roster?

I'm not personally looking to develop any new talent myself right now, but I love to see new artists emerging. We like getting involved with new groups from the release of their first single. Artists like the New Boyz, Dorrough, GS BOYZ – they've all had songs that started regionally in their markets, then their songs just take off on a national level.

How do you look for up-and-coming new talent?

I talk to promoters in different cities every day, so I’m always asking about what new artist or new music is starting to circulate that I need to keep an eye out for.

If I had to do it all over again, I wouldn't…

What would your ideal job in the industry be like?

This is definitely my ideal job. I just want to continue to fine tune and master my craft.

What do you love about the music business?

I love watching the business evolve and change with advances in technology. Gone are the days where your only outlet to have your material seen or heard is through BET, MTV, or VH1. There are so many new avenues for artists to get their name out there without taking a meeting with the top execs at record labels. We all watched Cassie rise into stardom from her YouTube hits, then the world was introduced to Soulja Boy from his myspace dominance. Who knows…we may see the next rising star from worldstarhiphop.com.

What do you hate about the music business?

This is a dog-eat-dog business and if you're not on point and don't have your stuff together you will get eaten alive. Or as Chris Lighty would say it "you have to eat what you kill" because it's definitely a jungle out here.