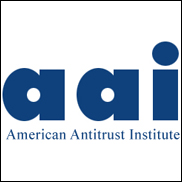 LOS ANGELES (Hypebot) – Some of the country's leading independent concert promoters have signed a joint letter opposing the proposed merger of the world's largest concert promoter Live Nation with ticketing powerhouse Ticketmaster. Those endorsing the strongly worded letter include Jam Productions (Chicago) Metropolitan (NYC and Another Planet (San Francisco). The full text of the letter:

There's a train wreck about to happen and consumer groups say YOU will be the victim – if the two most powerful corporate interests in the live concert business get their way. But you can help stop the merger of Ticketmaster and Live Nation. The government needs to hear from music fans now. Tell the Department of Justice that you're against these monopolies amassing illegal power over consumers, before it's too late. antitrust.complaints@usdoj.gov


As a concertgoer you have already felt the pain, and if Ticketmaster and Live Nation get their way, it'll get worse.

In the last 12 years, since Live Nation and its predecessor started its widespread take over of the concert industry, concert tickets have shot up 82% while the consumer price index has gone up just 17%*. We are concerned that if the two concert industry behemoths, Live Nation and Ticketmaster, were permitted to merge, the variety and quality of artists coming to local venues would be affected, and your prices could rise further and faster.

Five of the nation's most prominent public interest groups called on the Department of Justice to block the proposed merger of Ticketmaster and Live Nation.

In the consumer groups' and lawmakers' words:

"Consumers deserve a fair deal in the entertainment marketplace, not the fewer choices and higher prices that would result from this merger," said Susan Grant, Director of Consumer Protection at Consumer Federation of America.

"This merger is an insult to both musicians and consumers," said James Love, Director of Knowledge Ecology International.

"We cannot envision a remedy that would ease this chilling impediment to competition… In the absence of other effective, expeditious remedies, the proposed transaction should be prohibited." American Antitrust Institute White Paper.

As described by Senator Herb Kohl (WI) in the Senate Antitrust hearing, "This merger will not only expand Ticketmaster's control of the ticketing market by eliminating a competitor, but it is also creating an entity that will control the entire chain of the concert business – from artist management to concert promotion and production to ticketing and ticket resale."

"This merger would be a disaster for consumers. Nothing short of blocking this takeover of the ticket market by two industry behemoths will be acceptable," said National Consumers League Executive Director Sally Greenberg.


"As president, I will direct my administration to reinvigorate antitrust enforcement. I will step up review of merger activity and take effective action to stop or restructure those mergers that are likely to harm consumer welfare…," said Senator Barak Obama when he was campaigning for the presidency.

If you agree with the consumer groups and lawmakers, make a difference and LET YOUR VOICE BE HEARD NOW.


If you are tired of paying exorbitant ticket prices and service charges and paying for parking on a per head basis and dealing with the gouging, unregulated secondary ticket market in an effort to get good seating. If you are disgusted with paying more and more every year for the live concert experience THAN ACT NOW, CLICK ON THE LINK IMMEDIATELY BELOW AND SEND A MESSAGE TO THE U.S. DEPARTMENT OF JUSTICE URGING THEM TO STOP THIS MERGER!

To learn more, check out: