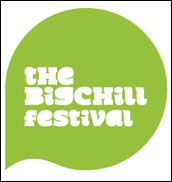 LONDON (CelebrityAccess MediaWire) — Melvin Benn's Festival Republic has expanded its prescence in the UK festival market with the acquisition of a majority stake in the Big Chill Festival.

The festival, which focuses on alternative, electronic, dance and downtempo music, staged its fifteenth annual event this year at Eastnor Castle, Herefordshire. Attendance at the festival has steadily increased from its early days as an ambient music event to 27,000 festival-goers last year.

Event co-founder Katrina Larkin will stay on as the creative director of the event and will relocate her team to the Festival Republic offices in London, Music Week reported.

Festival Republic, which is co-owned by Gaiety and Live Nation, is a major player in the UK festival world and produces Glastonbury, Rise, Latitude, Reading & Leeds Festivals in the UK as well as the Electric Picnic in Ireland and the Hove Festival in Norway.

"This marks an exciting time for the Big Chill and I am thrilled to welcome Katrina and her team into the Festival Republic family and even more thrilled to have the opportunity to develop this fantastic festival, both here in the U.K. and internationally," Festival Republic head Melvin Benn told Billboard.

The acquisition did not include The Big Chill Bar, House and the new Bristol Bar which will continue to be run by Larkin and the The Cantaloupe Group, E-Festivals reported. – CelebrityAccess Staff Writers