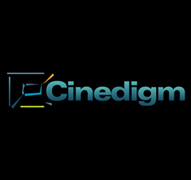 LOS ANGELES (CelebrityAccess MediaWire) — AEG Live has teamed up with Action 3D to produce a series of 3D concert movies culled from footage of live performances by a variety of artists including Dave Matthews Band, Ben Harper and Relentless7, and Gogol Bordello.

The movies, to be called "Larger Than Life … in 3D" were produced by Action 3D and AEG Network Live and will be distributed by Cinedigm. The movies will feature footage from artist performances at some of the nation's top festivals, including Austin City Limits Music Festival in Texas, the Mile High Music Festival in Colorado and at All Points West Music & Arts Festival in New Jersey.

Cinedigm will also distribute 3D concert events including the "Best of Lollapalooza" and the "Best of Austin City Limits" in the first and second quarters of 2010.

Music concerts have become an increasingly popular cinema option. Cinedigm has delivered concerts to digital screens dating back to 2007, when the company debuted an in-theater digital concert series that presented the best performances from the South by Southwest Music Festival. In early 2008, Cinedigm delivered the Tom Petty and the Heartbreakers documentary, "Runnin' Down a Dream," to sold-out audiences, followed by a one-night-only concert from Grammy Award-winning Christian rapper TobyMac in May.

Because the movies are 3D, they require special technology including digital cinema screens and projectors. Specific theatres showing the movies will be announced in the coming weeks. If you want to see the movies, you'll have to be quick though as they films will only be given a 1-week run from December 11-17. – CelebrityAccess Staff Writers