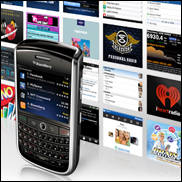 TRENDS (Hypebot) –
Keeping up with the latest technologies and how consumers use them can feel like a full time job. But ignoring it can also torpedo your best marketing efforts. Here are 5 cutting edge tech trends that you may not be paying enough attention to:

1. Facebook Lite – A lighter cleaner version of Facebook originally designed for lower speed connections, including on smart phones, here and overseas, it's also gaining traction in beta with some media overloaded techies. Why care? A lot of those nifty widgets you're using to deliver content to your Facebook page won't appear in the Lite version.

2. Email Fatigue – Email is still the number one way for artists to connect with fans – particularly when making announcements. But just like the rest of us, fans are suffering from email fatigue. Solution? Use email judicially. Put info in the subject line and keep messages shorter sending them to the web for details. Most of all, create other avenues of communication: Twitter, Facebook, MySpace, text messages, etc.

3. Google Wave – This open source app combines email, IM, chat, Twitter and more in a single stream or wave.(see video) Think of it is a feature-rich shared document or conversation. Google Wave opens up almost endless possibilities for artist and fan interaction. It's currently in limited beta; so check for updates and try to get on the waiting list.

4. Android & Blackberry – The iPhone gets all the press. But consumers own many more Blackberries than iPhones and will for some time. Android should also gain traction with important early adopters as more phones hit the market based on Google's mobile platform. So don't just think about creating apps for the iPhone or worrying about how your pages load there. Other mobile platforms deserve your attention too.

5. Twitter Lists – You've worked hard to build your following, but your Twitter world dominance could change if you don't pay attention to a new feature currently in beta. Twitter Lists allows a user to aggregate multiple feeds together in a stream that they can share. How could this affect you? What if 6 of the hottest death metal bands in Cleveland create a mutual Twitter list and you’re not one of those bands. Start thinking now about who you can join forces with to build your own Twitter List.